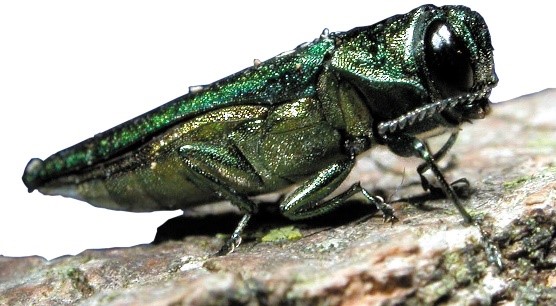 New England is currently under attack! Thousands upon thousands of wood-boring invaders are coming in through our ports, intent on destroying the trees we hold dear. Yes- Invasive wood-boring pests are on the move and they could be coming to a backyard near you!

The introduction of invasive wood-boring insects is especially threatening in New England. Why you might ask? New England is a trade port center which means lots of shipments from other countries. Insects can burrow into the goods and shipping packing materials and hitch a ride to New England. Every year, between two and three new invasive pest species are introduced. New England is also more susceptible to invasive insects because of our lush forests, which are the perfect habitat for hungry insects.

Who are the main culprits that threaten Massachusetts’ forests? Well, there’s the Emerald Ash Borer which can cause Ash trees to die within three to five years. The Emerald Ash Borer has killed more than 50 million trees and threatens more than eight billion. Another wood-burrowing pest harming New England trees is the Asian Longhorn Beetle which has 12 different host plants and can go undetected for years. There is also the Hemlock Woolly Adelgid which is decimating northeastern Hemlocks, a critical tree species for stream and river ecosystems.

Besides the harsh ecological impacts these insects have, they also do serious harm to local economies. Every year, invasive insects cost two billion dollars for local governments and two-and-a-half billion dollars in damage and lost property value for homeowners. Tree deaths from these invasive insects can lead to trees falling on power lines and houses, which is not only very costly, but very dangerous.

However, there are a number of organization and agencies fighting this menace and they are coming up with new strategies and means to manage and defeat invasive pests. For example, the US Department of Agriculture’s Animal and Plant Health Inspection Service (APHIS) has adopted protocols for inspecting agricultural imports specifically for invasive pests. APHIS has also instituted a Plant Protection Quarantine that stops the transport of lumber and wood products from areas where the invasive pests have been found to new regions. However, there is always more to be done. Citizens can also help prevent future invasions and help manage the ones that have already happened– report signs of infestation on neighborhood trees and support greater inspection measures and better trade practices such as inspection of good before export, and the use of plastic or metal packing materials instead of wood. Through local support and raised awareness, we can fight the destruction of our local forests and protect ourselves from later financial costs. 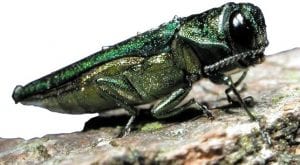 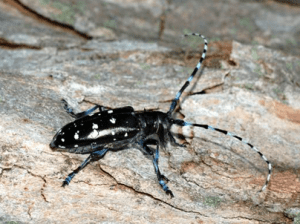 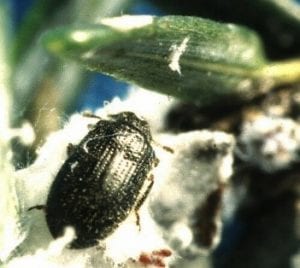