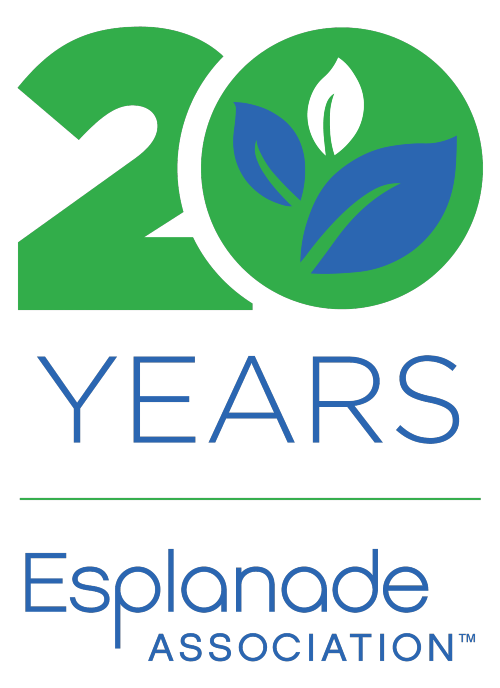 In 2010, the Esplanade Association (EA) partnered with the DCR to revitalize the Eliot Memorial. A focal point of a shaded area near the Community Boating, Inc. docks, the Memorial had suffered overuse and neglect over the years – the surrounding soil was compacted, the paths had disappeared, and there was a lack of adequate seating.

The project’s scope included improving soil conditions and repairing the lawn; installing a new layer of shrubbery around the site; cleaning the monument and adding seating; and reconstructing the paths at the entry to Community Boating,

Completed in 2014, the project served to revitalize the landscape and transform the Eliot Memorial into a lush and inviting gathering spot for park visitors. The project also served as a demonstration area for enhanced maintenance and landscape restoration at the park.

The Eliot Memorial is situated along the park’s central pathway, making it highly visible. The site is easily accessible by public transportation via the Charles Street Footbridge and is surrounded by many of the park’s iconic features, including the Hatch Memorial Shell, Commissioner’s Landing and the Union Boat Club.

At the center of the Eliot Memorial is the Charles Eliot Monument. The monument was designed by Arthur Shurcliff and honors landscape architect Charles Eliot, who was instrumental in early plans for the Esplanade and largely responsible for the establishment of the metropolitan park system. The monument, a four-sided granite block with a granite bench, includes an inscription to Eliot; on each side, the monument lists the metropolitan parks it faces (north, south, west, east).

The Eliot Memorial contains many of the elements that make the Esplanade’s landscape so unique — a river border, a monument, a wooded area, and the newly accessible Founder’s Overlook. The landscape in this area provides fantastic views of the lively Community Boating Dock, the water, and the Boston skyline.

A thriving, safe, accessible park where people come together to share, explore and enjoy nature and community.