These free concerts are only possible with the support of:

GroundBeat is made possible with support from The Boston Foundation, Massachusetts Cultural Council, and a grant from the Boston Cultural Council (which is administered by the Mayor’s Office of Arts and Culture).

The Esplanade Association is thrilled to present a special GroundBeat Music Concert Featuring BAMS Fest at the Hatch Shell as part of this year’s Esplanade Community Day on May 21. This concert will feature exclusive performances from artists of different music styles and backgrounds from throughout Greater Boston curated by BAMS Fest!

We partnered with BAMS Fest for this year’s GroundBeat Concert to both produce and curate a variety of diverse, inclusive, and entertaining performances at the iconic Hatch Memorial Shell. BAMS Fest, Inc. is a nonprofit organization that breaks down racial and social barriers to arts, music and culture for communities and artists of color across Greater Boston. BAMS Fest has presented at GroundBeat on the Esplanade every summer since its launch in 2018 (virtually in 2020).

All performances of this initial 2022 concert series will take place at the Hatch Memorial Shell on the Esplanade between 11am and 3pm on May 21. GroundBeat: The Esplanade’s Free Riverfront Music Series is supported in part by grants from The Boston Foundation, Mass Cultural Council, and the Boston Cultural Council. All of the organizations support the Esplanade Association and provide us the opportunity to increase live arts and culture events at the Hatch Memorial Shell. Additional GroundBeat concerts will take place later this summer.

This concert is part of the Esplanade Association’s 2nd annual Esplanade Community Day on Saturday, May 21, also featuring the Esplanade 5K at 9am and a Music & Movement Session at the Esplanade Playspace led by Boston Music Project from 10am to 11am. Food trucks and additional vendors will be on hand. We hope you and your family and friends can join us for this program-packed day on the Esplanade!

Attendees are strongly encouraged to pre-register for this FREE event to ensure all attendees are sent any updates or additional information regarding this specific concert. All events and activities associated with this year’s Esplanade Community Day including this concert will follow current COVID-19 guidance and recommendations set by the CDC and State of Massachusetts.

STAY TUNED FOR MORE GROUNDBEAT CONCERTS AT THE HATCH SHELL IN SUMMER 2022! 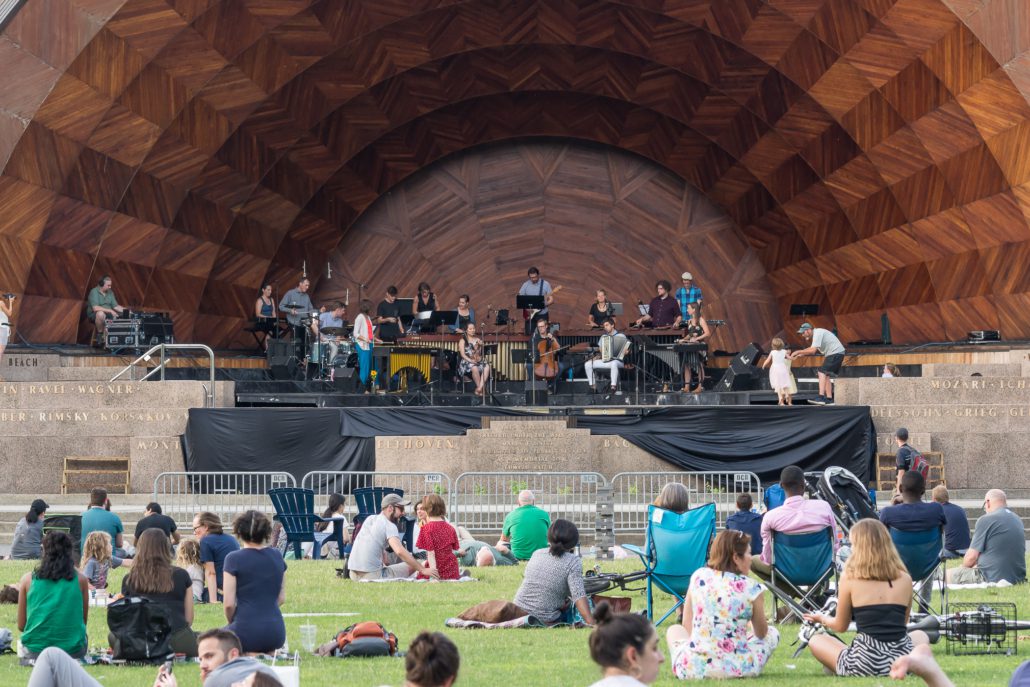 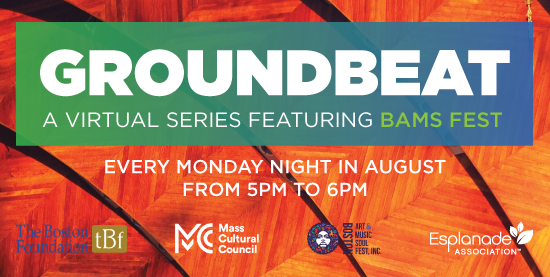 In 2020, GroundBeat moved to a virtual stage where the Esplanade Association partnered with BAMS Fest to curate 5 weekly virtual concerts featuring a variety of local artists and music groups of different music styles and backgrounds. An additional GroundBeat concert was hosted by Boston Chamber of Commerce’s Fierce Urgency Now Festival and featured performances curated by AfroDesiaCity. GroundBeat: A Virtual Series Featuring BAMS Fest received a 2020 Boston Music Awards nomination for Live Music Stream of the Year.