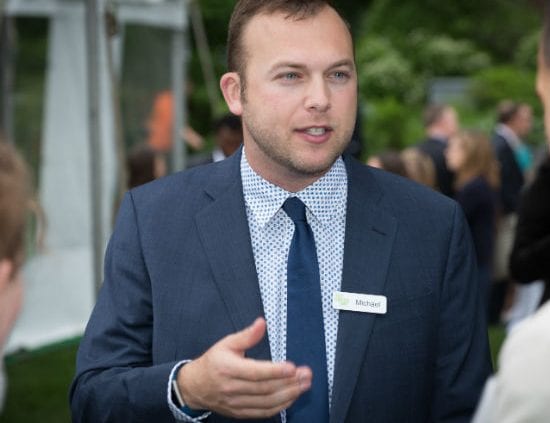 “Michael has proven strategic leadership experience in communicating the value of a public/private partnership to care for – and activate – an urban public park,” said Alexi Conine, Chair of the Esplanade Association Board. “We were impressed with his passion, broad skillset, and record of success in mission-focused government and non-profit work. He will help fulfill the Association’s goal of making the Esplanade an innovative, sustainably-maintained recreational destination and cultural asset. We’re thrilled to have Michael join us.”

The Esplanade Association is the 100% privately funded friends group dedicated to stewardship and improvement of the Charles River Esplanade in partnership with the Massachusetts Department of Conservation and Recreation (DCR). Since the organization’s founding in 2001, the Esplanade Association has raised over $14 million which has funded new Park amenities, restored Park assets and infrastructure, improved horticultural offerings, initiated new programs and public art, managed a robust volunteer program, and made key improvements to the three-mile stretch of waterfront park.

“The Charles River Esplanade is a jewel of Boston parks and I couldn’t be more excited about being named Executive Director of the Esplanade Association to continue the organization’s transformative work,” said Michael J. Nichols. “The Park already has a fantastic mix of signature events and regular activities in addition to its status as Boston’s most peaceful respite from city life. I look forward to working with the Association’s Board, the dedicated EA staff, our partners at DCR, and the Park’s many stakeholders to revitalize and enhance this signature public space.”

“The Esplanade Association plays a key role in supporting the ongoing maintenance, care, and improvement of the Charles River Esplanade,” offered State Representative Jay Livingstone. “I look forward to working with Michael Nichols to ensure the continued strength of this important public/private partnership.”

Nichols, who received both his bachelor’s degree and law degree from the University of Connecticut, began his career in public service as Chief of Staff and Legal Counsel to two state representatives in the Massachusetts Legislature, specializing in public finance and community development. He later served as Research & Policy Director to the full 13-member Boston City Council.

The Esplanade Association is a privately funded nonprofit organization that works to revitalize and enhance the Charles River Esplanade, sustain the natural green space, and build community by providing educational, cultural, and recreational programs for everyone. Working in collaboration with the Massachusetts Department of Conservation and Recreation, the Esplanade Association is dedicated to improving the experiences of the millions of visitors who enjoy Boston’s iconic riverside green space.