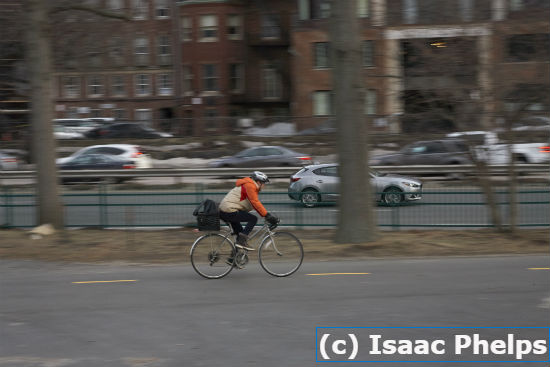 The Esplanade Association is a privately-funded nonprofit organization that works in partnership with the Massachusetts Department of Conservation and Recreation (DCR) as a steward for the historic Charles River Esplanade park, and is dedicated to enhancing the experiences of the more than 3 million visitors who enjoy the park on an annual basis.

We write today regarding the I-90 Allston Interchange Improvement Project and MEPA’s review of this major project’s likelihood to influence public parks and pathways adjacent to the proposed development.

We were pleased that MassDOT and its design team, working with a task force of interested stakeholders, prioritized a number of guiding concepts for the replacement of the Allston Interchange including “Enhanced bicycle and pedestrian connectivity among the different parts of Allston touched by the project area and the Charles River.” We agree that this should be a key element of the overall project, and should reflect both (1) connectivity to the Esplanade along with (2) improvements to riverfront pathways up-and-down the Charles River Basin.

The Esplanade Association has been deeply engaged in promoting enhanced multi-modal transit options within the park that prioritizes safety and builds connectivity from outside the Esplanade. Our work has included considering how the separation of pedestrian and bicycle traffic might promote safer commuting conditions and wider usage. Our goal is to minimize conflict and ensure that bicycle and pedestrian infrastructure meets the growing demand on the pathway system. The I-90 Allston Interchange Improvement Project offers an opportunity to provide additional safe and continuous access from the Interchange project site and along the Charles River (on the Dr. Paul Dudley White Bike Path) immediately west of the Esplanade. Our experience has shown that to do this safely and sustainably, more thought should be given to the space provided for pathway construction and conflicting uses shall be separated to promote safe commuting and recreational uses.

DCR and MassDOT commissioned a Pedestrian and Bicycle Connectivity Study for the Charles River Basin – completed by Halvorson Design Partnership and Alta Planning + Design in 2014 – that confirmed the Charles River Basin is a critical nexus in the metropolitan transportation network. The path systems that frame the riverbanks and the bridges are used by as many as 10,000 cyclists, pedestrians and runners an hour. As projects recommended in the study are completed by the state and adjacent municipalities to improve access, multi-modal traffic and park visitorship will grow. The I-90 Interchange Project provides a monumental opportunity to further the earlier study’s conclusions by seamlessly linking this new neighborhood in Allston to the existing and improving riverfront transit network on the Esplanade.

We recognize the past efforts of the state to meet the growing needs of walkers and cyclists in the Charles River Basin area, and appreciate your consideration in ensuring the pathways included in I-90 Allston Interchange Improvement Project prioritize connectivity, usability and safety. We encourage you to require the improvement of the existing pathway infrastructure along the Charles River – and connectivity to and from the Esplanade – as part and parcel of the I-90 Allston Interchange Improvement Project.