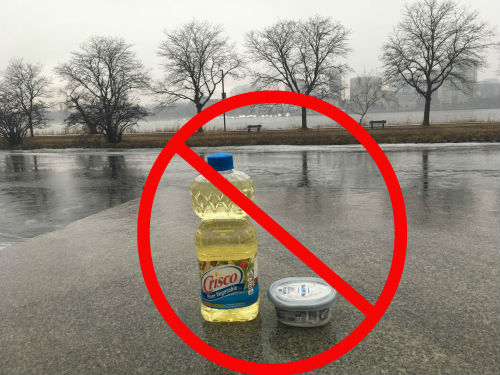 FOR IMMEDIATE RELEASE (JANUARY 23, 2017) – BOSTON, MA – The Esplanade Association (esplanadeassociation.org), nonprofit stewards of the 64-acre Charles River Esplanade in Boston, has enacted the following rule changes regarding the Park, effective until Monday, February 5, 2018. The following items are now forbidden anywhere in the 3.5-mile stretch from the Museum of Science to the Boston University Bridge:

“We realized that appearing in a Super Bowl for only the third time – and first time since losing to the Patriots in 2005 – was disorienting for Philadelphia fans and that clarity on acceptable items to bring in our park should be offered,” said Michael Nichols, Executive Director of the Esplanade Association. “Given the Patriots are appearing in their record-extending 10th Super Bowl, we understand this information may not be needed by most park visitors.”

The Esplanade Association thanks the public for their cooperation with these temporary policy changes.

The Esplanade Association is a 100% privately funded nonprofit organization that works to revitalize and enhance the Charles River Esplanade, sustain the natural green space, and build community by providing educational, cultural, and recreational programs for everyone. Working in collaboration with the Massachusetts Department of Conservation and Recreation, the Esplanade Association is dedicated to improving the experiences of the millions of visitors who enjoy Boston’s iconic riverside green space.

ENJOY THE ESPLANADE IN WINTER!
Scroll to top